Is it time to scrap cars for good? 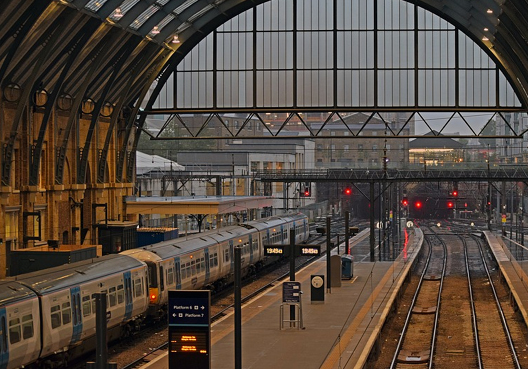 At J Davidson we help drivers to scrap cars for the best price, while ensuring any harmful fluids are carefully removed before the valuable materials like metal are recycled.

It’s all part of closing the loop of vehicle ownership, allowing that metal to go on to a new life as something else – maybe a new car, or maybe a bus or a train, among other things.

This could be increasingly important in the years to come as the UK moves towards becoming a zero-carbon economy.

A newly published report by the government’s Science and Technology Select Committee has recommended moving away from private vehicle ownership if we are to eliminate carbon emissions.

Even electric vehicles are not enough, as the report explains: “Although ultra-low emissions vehicles generate very little emissions during use, their manufacture generates substantial emissions.

“In the long term, widespread personal vehicle ownership therefore does not appear to be compatible with significant decarbonisation.”

Domestic transport within UK borders contributed more than a quarter of the country’s entire greenhouse gas emissions in 2018.

In spite of the ongoing efforts to implement more electric vehicle charging points and discourage the use of more polluting vehicles, the total carbon footprint from UK domestic transport increased – the only sector where this was the case.

Over the past five years, British cars and vans have covered more and more miles of road, with an associated increase in total emissions.

The result is that privately owned vehicles are moving further away from the long-term decarbonisation targets set out for the coming decades.

Running out of time

The Committee’s report warns that the government’s current target to phase out sales of new combustion engine vehicles by 2040 may not be ambitious enough to meet decarbonisation goals.

In fact the UK Energy Research Centre estimates that to keep global warming to 1.5C, the ban should also include hybrid vehicles and should be implemented by 2030.

A much higher percentage of future journeys may have to be made by energy efficient public transport – but are we all ready to scrap cars completely?

The average age of a scrap car is 14 years, according to the SMMT. But if we stop selling conventional vehicles in 2040 and aim for all vehicles to be zero-carbon by 2050, a huge number of cars less than ten years old will need to be scrapped during the 40s.

If we are to meet those goals, scrapping cars sooner could be the answer, in order to change vehicle ownership over to carbon-neutral cars as quickly as possible.

Whether people are ready to scrap combustion engine cars – or even to scrap hybrid cars that are just a few years old – only time will tell.

But J Davidson will be here to ensure that any car scrapped with us over the coming years is disposed of in an environmentally friendly way and recycled into something new and hopefully more eco-friendly, perhaps even a zero-carbon bus or train.