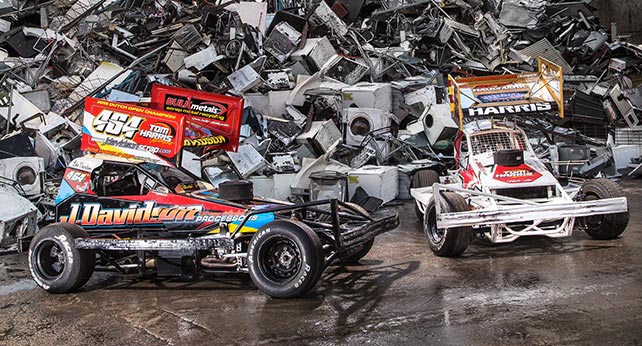 J Davidson are proud to sponsor a number of drivers from Formula 1 & Formula 2 Stock Car Racing. The profiles of the drivers we sponsor can be found below. 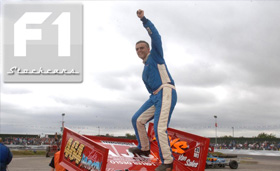 Since his debut in 2008 as a yellow grader at Buxton in a Peter Falding 33 car, Luke has progressed steadily up the grades and is now a regular star grade driver.

In 2011 he won the National Points Championship’s first ever run off to take the last qualifying place when he tied for twelfth place with Paul Hines.

2011 also saw Luke’s debut in the World Final at Northampton, qualifying via the Skegness semi-final after pressuring Andy Smith (ex-1/391) at the start and keeping pace with the then World Champion.

After initially sticking mostly to tarmac, Luke has been seen much more frequently on shale and like in 2011, for the 2012 season Luke has a F1 stockcar for each surface, continually looking to improve his all round performance. 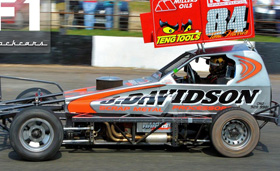 Tom made the switch from Motocross to motorcars at the age of ten when he first got a ministox that he raced until he reached fifteen years of age. Tom then set about rebuilding an old chassis of his father’s which was the car he debuted in at Kings Lynn in March 2005. In his first race, he was placed ninth after starting at the rear of the grid. Tom’s continued success at racing meant he swiftly moved up the grades and now holds red with ease and is surely on the cusp of great things.

In 2009 Tom was selected for the UK F1 Stockcar team to race in the notorious Team Championship in New Zealand, where they managed to finish an impressive 3rd place. The following year they did one better and finished 2nd.

The 2011 season started well for Tom and his consistent performance on tarmac saw him take the Grading Points Championship in 2011.