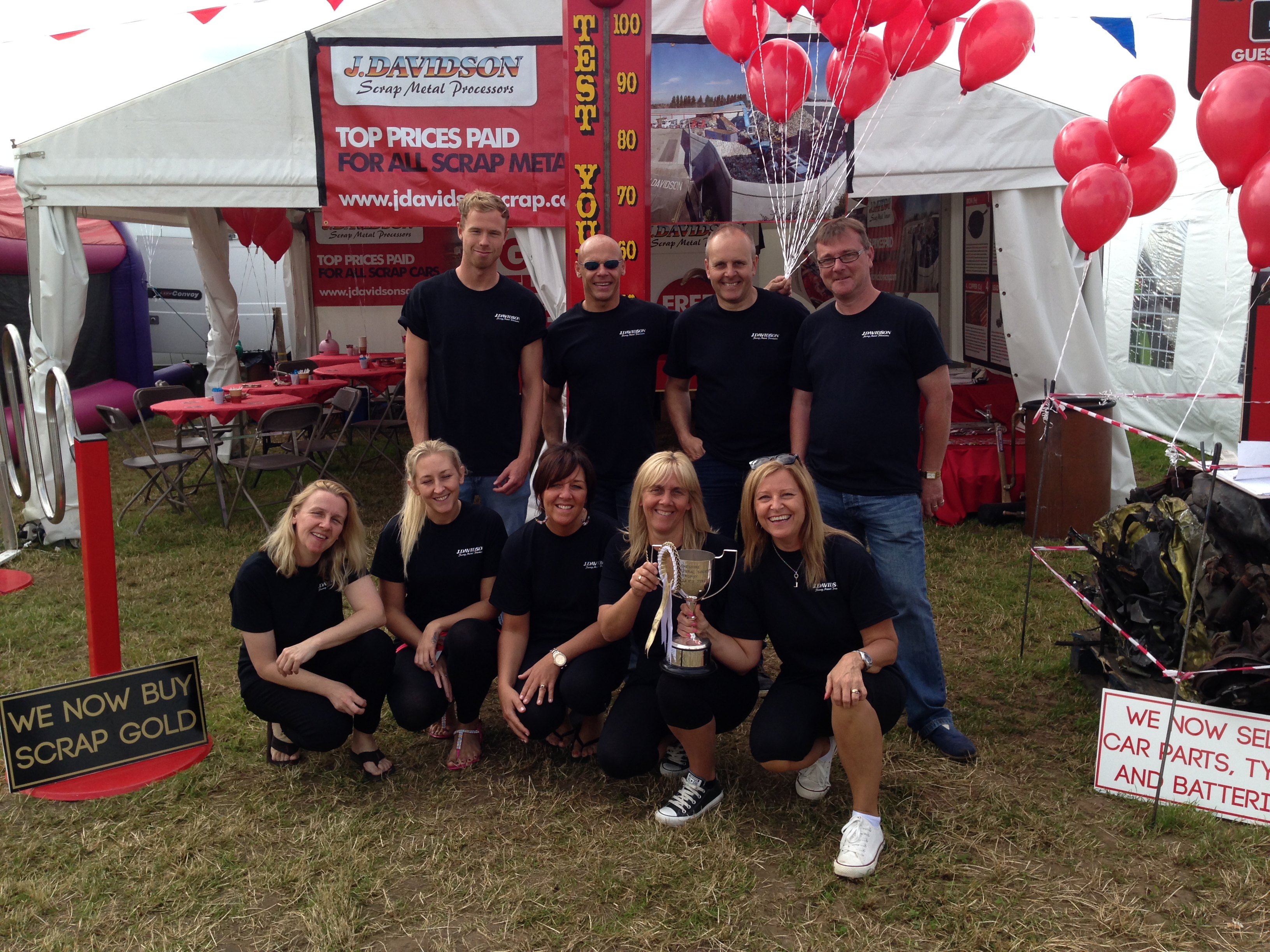 It was another sunny two days at this year’s Cheshire County show and for the second year in a row, we won ‘Best in Show’ (Non Agricultural) for our interactive scrap metal stand!

The judges awarded us the trophy for the way we used the space and incorporated education with fun activities for all the family.

As our stand last year was so successful, we went with a similar theme but changed a few of the elements, like adding an inflatable penalty shootout game to tie in with the World Cup and a giant buzz wire to test your hand-eye co-ordination!

All the activities went down very well with the children as well as some of the adults who visited the show.

The star of the show was definitely our brand new flagship Volvo FH16 truck with Die Hard paint job, which attracted hoards of truck fans taking photos and looking inside!

We also ran another guess the weight of the scrap car competition which was won by 12 year old Dylan from Macclesfield who is now the proud owner of an Xbox One!

Organising the show takes a lot of effort so we’d just like to thank everyone involved in putting together our stand and making it a huge success!

This article was posted in Cheshire Show. Bookmark the permalink. Follow comments with the RSS feed for this post.Both comments and trackbacks are closed.