Scrap your car for some spare Christmas cash! 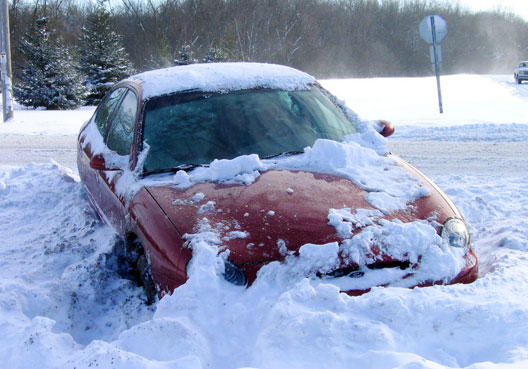 As we enter the last six weeks before Christmas – and, crucially, the last 40 shopping days – many of us will be looking for some extra spending money from somewhere, so why not look to the driveway or garage for inspiration?

We’re not suggesting you scrap the family car, by any means, but if you’re planning an upgrade or you have an old banger taking up space on your drive, scrapping a car is one of the quickest and easiest ways to free yourself from the admin of owning it, while turning it into disposable income.

In 2016 there were over 30 million cars licensed for use on UK roads, and over six million used cars changed hands – some more than once – over the course of the year.

By the end of the year there were just under 31.8 million cars, of which nearly 2.3 million were subject to a Statutory Off-Road Notification or SORN, which declares to the DVLA that they are being stored with no intention of driving them on public roads.

That’s 7.2% of vehicles or roughly one in every 14 cars in the UK, and while not all of those will be old cars waiting to be scrapped, many of them are likely to be in a state of disrepair.

Why would you scrap a working car?

It’s not just clapped-out old bangers that can be scrapped to make some quick and easy extra cash – and there are some good reasons to consider scrapping a car that is still in relatively good condition.

You might have an old second car that you just don’t need anymore, for example if you had a car for the commute and another one for the school run, but the kids have grown up and left home.

Perhaps you inherited an old car that’s not worth selling second-hand, or you’re retiring from driving due to old age or ill health; if you don’t need to part-exchange it, or you can’t get a decent part-exchange offer on it anyway, scrapping a car is the fastest and easiest way to get rid of it while still making some money.

Remember, just parking your car off-road doesn’t mean you can stop paying road tax and car insurance – for that you need to register a SORN, which then means you can’t use the vehicle on the roads anyway.

With the recent introduction of computerised systems for road tax, MOT renewals and car insurance, it is much more likely that you will face enforcement action if you have a vehicle registered in your name that is not subject to a SORN, and does not have the necessary tax, test and insurance fully paid up.

As we head towards Christmas, why run the risk of landing yourself with a fine at a time of year when money is already tight for many of us, when you could actually turn that unwanted old car into cash instead?

Just fill in our ‘Scrap My Car‘ form for an instant quote on how much we can pay you for your scrap car – you might be surprised by how much it is worth, especially if you’ve been told it has no value for part exchange.