UK car scrapping falls – are you missing out? 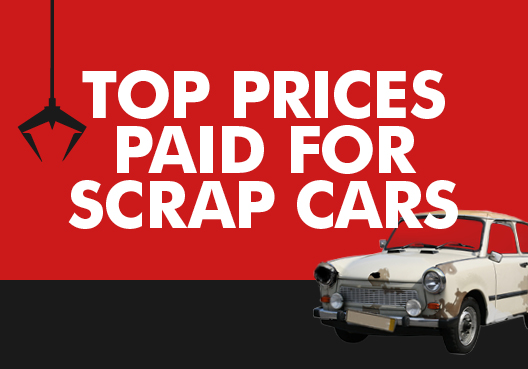 UK car scrapping statistics show less people are scrapping cars than a decade ago, but are you missing out on the chance to turn a hunk of junk into a pile of cash?

Figures from the EU statistics service Eurostat show that the UK scrapped around 200,000 less cars in 2016 than in 2009.

Along with France, Germany, Italy and Spain, the five countries together account for nearly 70% of scrap cars in the EU.

The reasons for this include an end to scrappage incentive schemes – but that doesn’t mean you can’t still make money by scrapping your car.

All of this is testament to the UK car scrapping industry, which is mature and well organised, with companies like J Davidson Scrap that offer some of the best prices on scrap cars in Manchester and some of the most advanced scrap car processing facilities in the north-west and wider UK.

Reasons to scrap a car in Manchester

You don’t need scrappage incentive schemes to make it worth scrapping a car in Manchester – with J Davidson Scrap based in Altrincham, you have access to some of the best prices for scrap cars in the north-west.

To find out more about how much you can get for a scrap car in Greater Manchester, just fill in our Quick Scrap Car Quote form and we’ll give you a fast idea of how much your scrap car is worth.

We just need a few basic details – the make and model, year of registration, condition of the car, engine type and so on – and the form makes it very easy to tell us all of the information we need to give you a quick scrap car quote.

It’s not just about the money – it’s also important to make sure you go to a fully authorised Manchester scrap car facility so your vehicle is dismantled in the correct way and any potentially harmful fluids are disposed of without any threat to the environment.

At J Davidson Scrap Metal Processors, we are a fully licensed treatment facility for the dismantling and disposal of end-of-life vehicles.

Crucially we can pay on collection of your scrap vehicle and also inform the DVLA that the car is no longer on the roads, so you can stop paying the Road Fund Licence (road tax).

If you have a vehicle that’s past its best, please don’t hesitate to get in touch – you can contact us directly or fill in the Quick Scrap Car Quote form for a fast scrap car valuation of how much you can expect to receive when you scrap a car in Manchester.