When and where do most car breakdowns in the north-west happen? 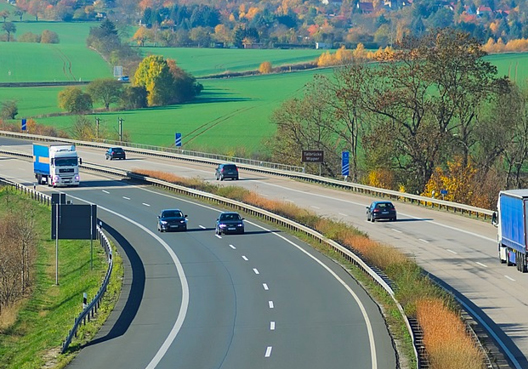 The number of car breakdowns in the north-west is surprisingly consistent from year to year, with just over 40,000 vehicles breaking down on the M60, M62 and M6 combined.

That number holds true for 2013-14, 2014-15 and 2015-16, all of which were included in a freedom of information response by the UK government based on UK motorway breakdown statistics from Highways England.

Of course the M6 reaches far to the south, and the M62 spans the country from west to east, but the figures still shed interesting light on some of the arterial routes into and around our region.

But the data is more detailed than just that – giving some valuable insight into exactly when and where most car breakdowns in the UK take place.

The busiest month for breakdowns

Surprisingly, the last quarter of the calendar year is not the busiest for breakdowns – maybe motorists took our advice to scrap an old car before the cold weather set in!

In fact Oct-Dec is the third-worst quarter in any given year, narrowly beaten by Apr-Jun with both quarters racking up around 47,000 breakdowns nationwide per year.

The summer months of Jul-Sep far outweigh the other quarters, with all those summer road trips and overheating engines clocking up an extra 4,000-5,000 breakdowns in a typical year.

What day do most cars break down on?

You can even rely on certain days of the week to result in more vehicle breakdowns, and Friday consistently leads the way with about one in six breakdowns happening just as the weekend is getting started.

On average, the days of the week account for the following percentages of all UK vehicle breakdowns on motorways and A-roads:

Again, you might be surprised that fewer breakdowns happen at the weekends, but this just goes to show how much more commuter traffic there is in the week than tourist traffic at the weekends.

How does the north-west rank nationwide?

Finally, the figures include a regional tally which does give a direct insight into how many cars break down in the north-west each year.

Both the West Midlands and the north-east also clock up over 25,000 breakdowns each year, about 18,000 happen in the south-west and a further 16,000 in the East Midlands.

Interestingly, Manchester’s motorway ring road, the M60, ranks in the top ten motorways and A-roads for breakdowns with a massive 5,400 per year on average.

Wherever you are in the north-west, from Manchester to Warrington, Cheshire and other locations around the region, we offer breakdown recovery for direct-to-scrap disposal from the roadside – so there’s no need to get your old banger towed home if it’s cut out on the ring road and you just want rid!