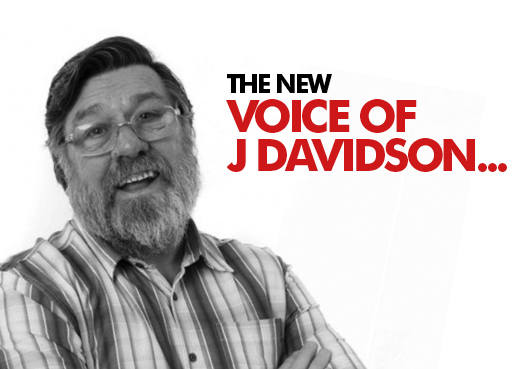 Hailing from nearby Liverpool, Ricky is an award-winning actor and funnyman. You’ll probably recognise him from some of his well-known roles including Jim Royle in The Royle Family, DCI Charlie Wise in Cracker and Bobby Grant in Brookside back in the 80’s (those of us at J Davidson who remembered that one, showing our ages there!).

Alongside his acting, Ricky is a comedian and author, as well as a keen banjo player. After a unanimous decision at J Davidson, we selected him as the new voice of our ads because of his distinctive sound and hilarious humour, as well as him being an all-round great bloke.

With the help of Manchester’s number 1 music station, Key 103 we’ve recorded a number of exciting new ads which will run for the entire year, right up until August 2016.

In the ads, you’ll hear Ricky cracking jokes about scrap metal and revealing what he thinks are the best bits about J Davidson – like our onsite scrap car crusher, or the great customer service we provide. He even spills the beans on when’s best to pop down if you’re hoping to grab a chip butty alongside a great price for your scrap cars!

The ads also feature our trusty, time-tested J Davidson jingle, so we know for sure that they’ll still get stuck in your head! There’s even a festive Christmas ad with Ricky’s very own scrap-car-themed Christmas carol, so be sure to turn on Key 103 and listen out for that one from mid-November! If you can’t wait until then, you can listen to this one and all of the other ads right now on the J Davidson Scrap Metal Processors Media Page.

This article was posted in Advertising, News, Radio, Scrap Metal and tagged ricky tomlinson. Bookmark the permalink. Follow comments with the RSS feed for this post.Both comments and trackbacks are closed.