Tom Harris: Tearing It Up Stateside! 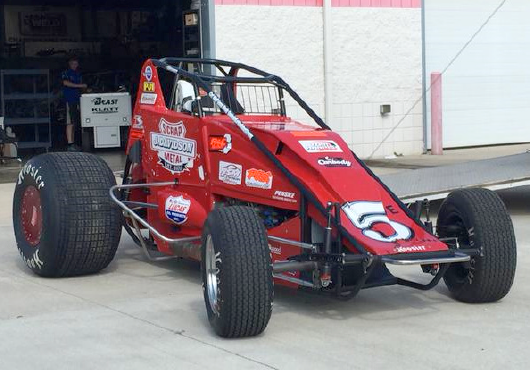 Here at J Davidson, we deal with a lot of scrap cars. Not only do we recycle old cars, but lots of the team enjoy building new ones and are active in the stock car racing circuit. Not to be confused with crumpled old bangers, stock cars are purpose-built racing vehicles that really pack a punch.

Through a combination of advanced design and engineering, the cars must be armoured to withstand much more force than your average race car. Stock car racing runs in the family and we are proud to sponsor a number of promising young drivers and just recently, one particular name has been getting us pretty revved up.

Tom Harris has been driving in the USA, taking the stock car racing scene by storm in his BEAST 5E race car, emblazoned with the J Davidson logo. He’s been doing really well, achieving top ten finishes at the Kokomo Speedway every day of racing. Through a combination of talent and skill, he’s steadily climbed the leader board – finishing 3rd place and qualifying for his first A Feature race. He started this in 20th place and in only 10 laps he had comfortably reached 9th – and although he was caught up in a crash, he had already showed his ability to race with some of the best potential the USA has to offer.

At this rate, he’ll be a sure bet to be big, regularly featuring in the Stock Car Racing Hall of Fame, and possessing the qualities that make drivers stand out from the crowd. He’s fiercely competitive with respect for other drivers on the track, and has the ability to read a race under pressure. He drives with controlled aggression, is able to withstand hits and deliver them, and in interviews he is level-headed and ambitious – overall he’s a great ambassador for the sport in the UK.

Since he was old enough to reach the pedals, Tom Harris has shown promise on the track. Starting out in the mini-stox formula, he raced for just over four years where he showed star-grade driving in many a race. Fast forward a few years and he’s won European Champion and World Cup Winner titles, accomplishing these feats in 2012. Tom not only delivers on the racetrack, he also plays a big part in the building of the cars, offering services to the sport like design and repairs.

We caught up with Tom to see what he had to say: “It’s always been my dream to race a sprint car; they’re so light and fast it can be hard to adapt. Everyone says this racing is the most difficult and I completely agree, but I loved every second – up against some of the best dirt drivers in the world! My confidence grew and now I can’t wait to go back!”

There’s no doubt that more championships will come Tom’s way and it’s success stories like his that make our support and sponsorship schemes so worthwhile. We’re proud of all Tom has achieved so far and know that he’s going to be a big name in stock car racing, so well done Tom and keep up the good work – you’re on the right track!