Welcome to the J Davidson Stadium 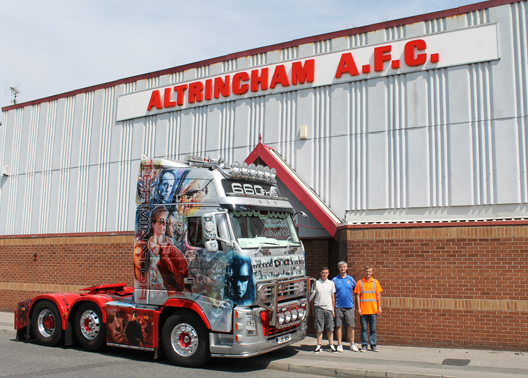 At J Davidson we’re looking forward the new football season more than most.

As proud sponsors of Altrincham FC we are looking forward to them kicking off their new season against Worcester City on Saturday 17th August. However, a date we are more looking forward to is the following Tuesday. The 20th August will be the first home game of the season against Barrow. This will also be the first official ‘Football Conference League North’ game at the
J Davidson Stadium.

Recently we were delighted to announce the ground-breaking and historic deal to rename Altrincham FC’s Moss Lane to the J Davidson Stadium. Moving into our third season of being the teams main sponsor we have now extended our existing sponsorship agreement, which will see J Davidson as the main sponsors on the team shirt as well as the new name of the home stadium.

Naturally, the agreement comes with obvious benefits for us as a sponsor. However, with this agreement we were also keen to contribute to the financial stability of a club which is supported loyally by many of our customers.

Altrincham FC has a very prudent approach to spending, vowing as a club never to spend money that they haven’t got. This deal will allow the club to really compete sustainably with the bigger spending clubs in the league and challenge for honours and let’s hope that come May we will be congratulating the team on reaching the Football League Conference Premier.

Who knows where this sponsorship deal will take the team and what the future holds for our beloved football club, but what we do know as of today is that we are honoured to be sponsoring such a well-supported and prestigious local sports team and will be supporting them from the first to the last game of the season.

This article was posted in Altrincham FC, News, Sponsorships. Bookmark the permalink. Follow comments with the RSS feed for this post.Both comments and trackbacks are closed.